Sexually transmitted diseases (STDs), also known as sexually transmitted infections (STIs), are infections caused by organisms that can be transmitted from one person to another through sexual activity and intimate contact. According to the Global Progress Report from WHO, over 1 million people get infected each day and 374 million new infections with one of the four most common infections: chlamydia (129 million), gonorrhoea (82 million), syphilis (7.1 million), and trichomoniasis (156 million). 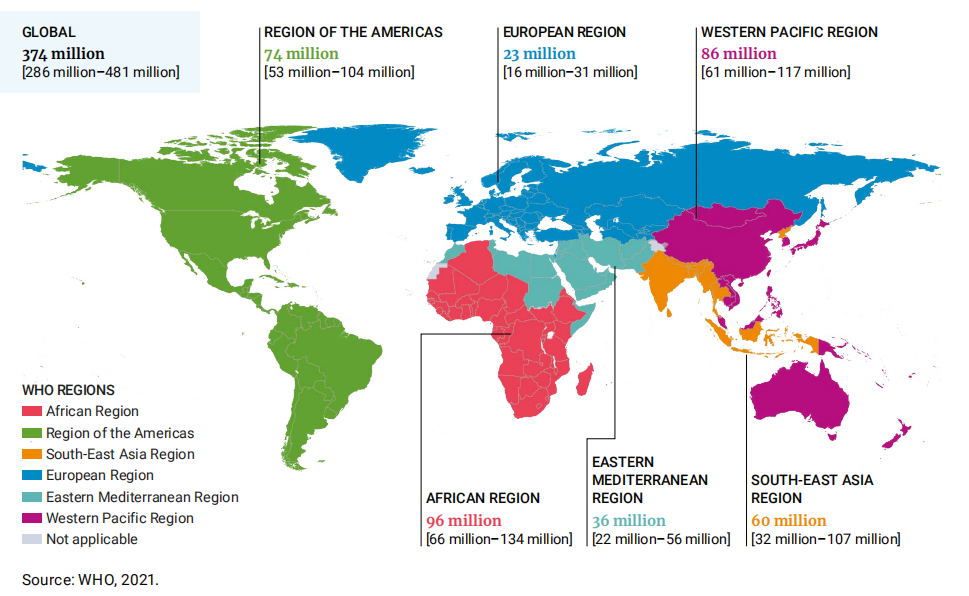 As the data suggest, STD is one of the most significant infectious diseases segmenting and profoundly impacts sexual and reproductive health worldwide. Regarding the four infections, new cases were estimated in different regions every year in the world.

Despite the prevalence, most STDs have no symptoms and severe consequences beyond the immediate impact of infection. For example, gonorrhea and chlamydia are major causes of pelvic inflammatory disease in women and infertility in both men and women. Some STDs can also be transmitted from mother to child during pregnancy, childbirth, and breastfeeding, leading to sepsis, pneumonia, or even death for neonates. It could also result in cancer and increase the risk of acquiring HIV.

Over 30 different bacteria, viruses and parasites are known to be transmitted, 8 of which are linked to the most significant incidence of STDs. Among them, 4 (Chlamydia, Gonorrhea, Trichomoniasis, Syphilis) are curable, and 4 (HPV, HSV, HIV, Hepatitis B) are incurable.

Among the four curable pathogens, Chlamydia Trachomatis, Neisseria Gonorrhoeae, and Ureaplasma Urealyticum are directly correlated to gynecological diseases, such as non-gonococcal urethritis and even infertility. Besides, treatment failure of mixed infections would lead to antimicrobial resistance (AMR), indicating the necessity and importance of screening and diagnosis for distinguishment and effective treatment. 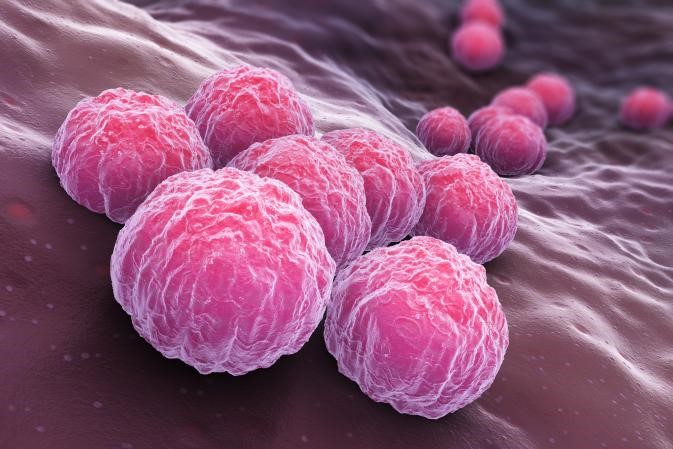 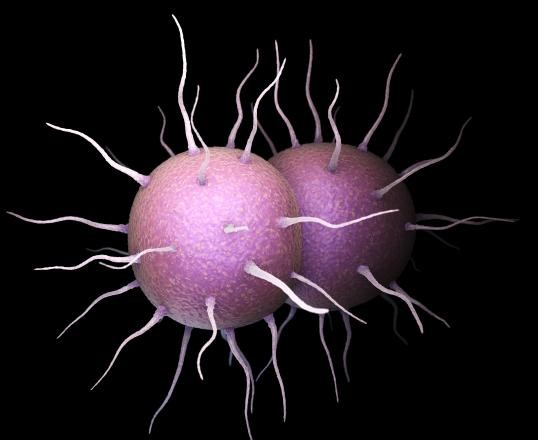 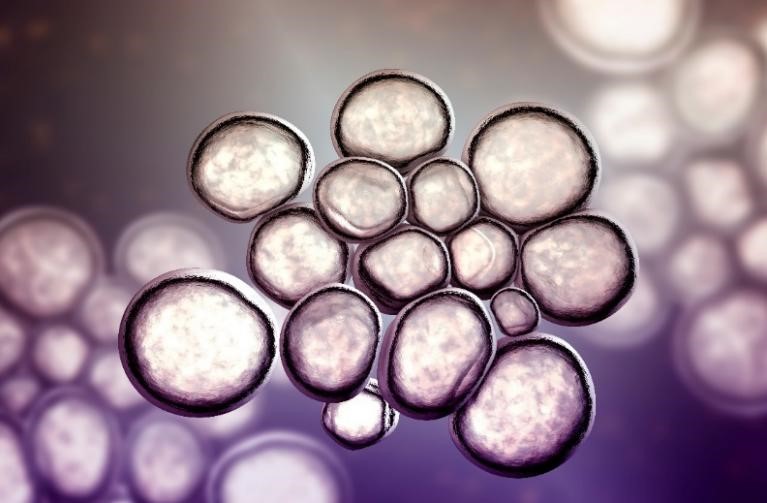 The Nucleic Acid Amplification Test is recommended by both FDA and WHO as the gold standard of screening or diagnostic tests. Suggested by WHO, screening with early diagnosis of people with infections and their sexual partners offers the best opportunity for effective treatment and preventing complications and further transmission. 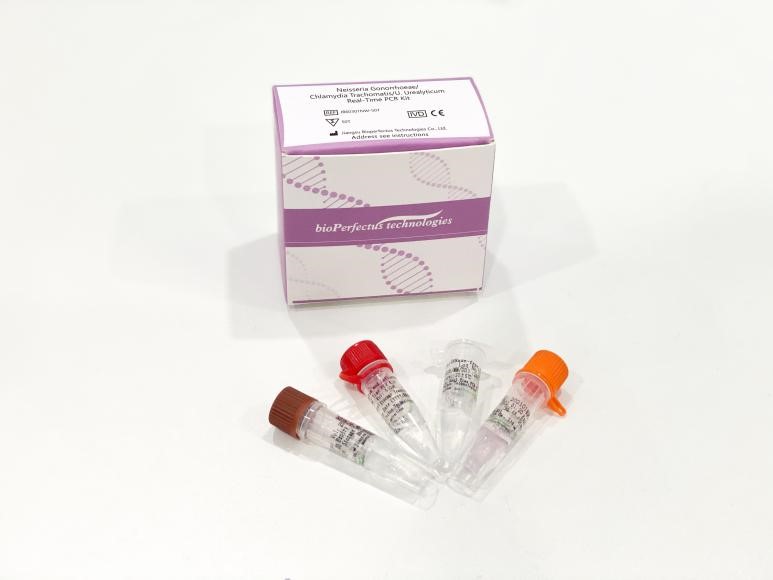 Bioperfectus supports the whole operations of PCR procedure from nucleic acid extraction to amplification and analysis, from instruments to reagents for more laboratories worldwide. As a one-stop solution provider, our total PCR solution could fulfill different requirements with reliable performance through supporting manual and automatic nucleic acid extraction systems with economic convenience and providing different throughput instruments to satisfy various testing scenarios, including general screening and screening for high-risk people. 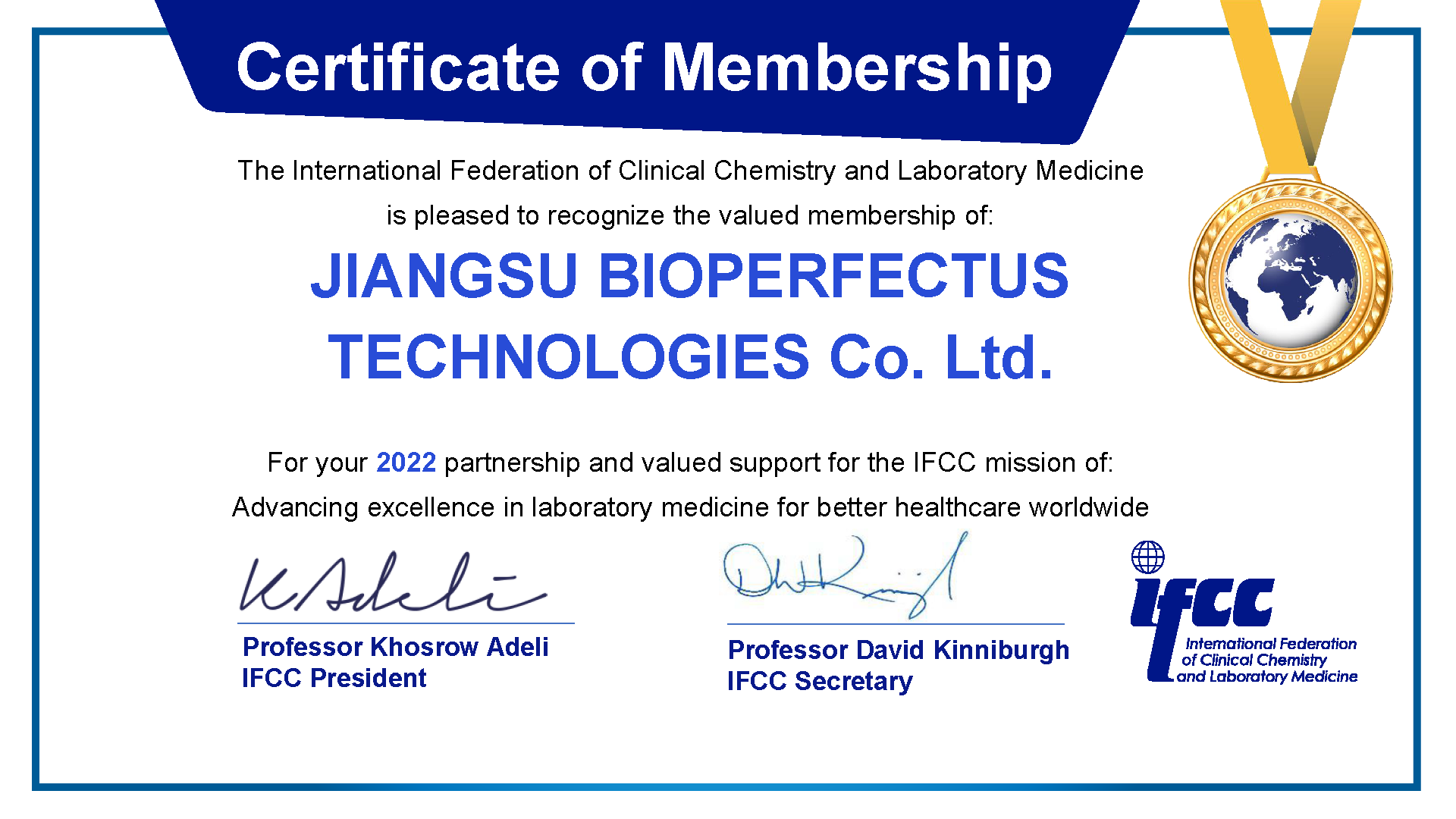 Bioperfectus is officially recognized as the valued membership of IFCC 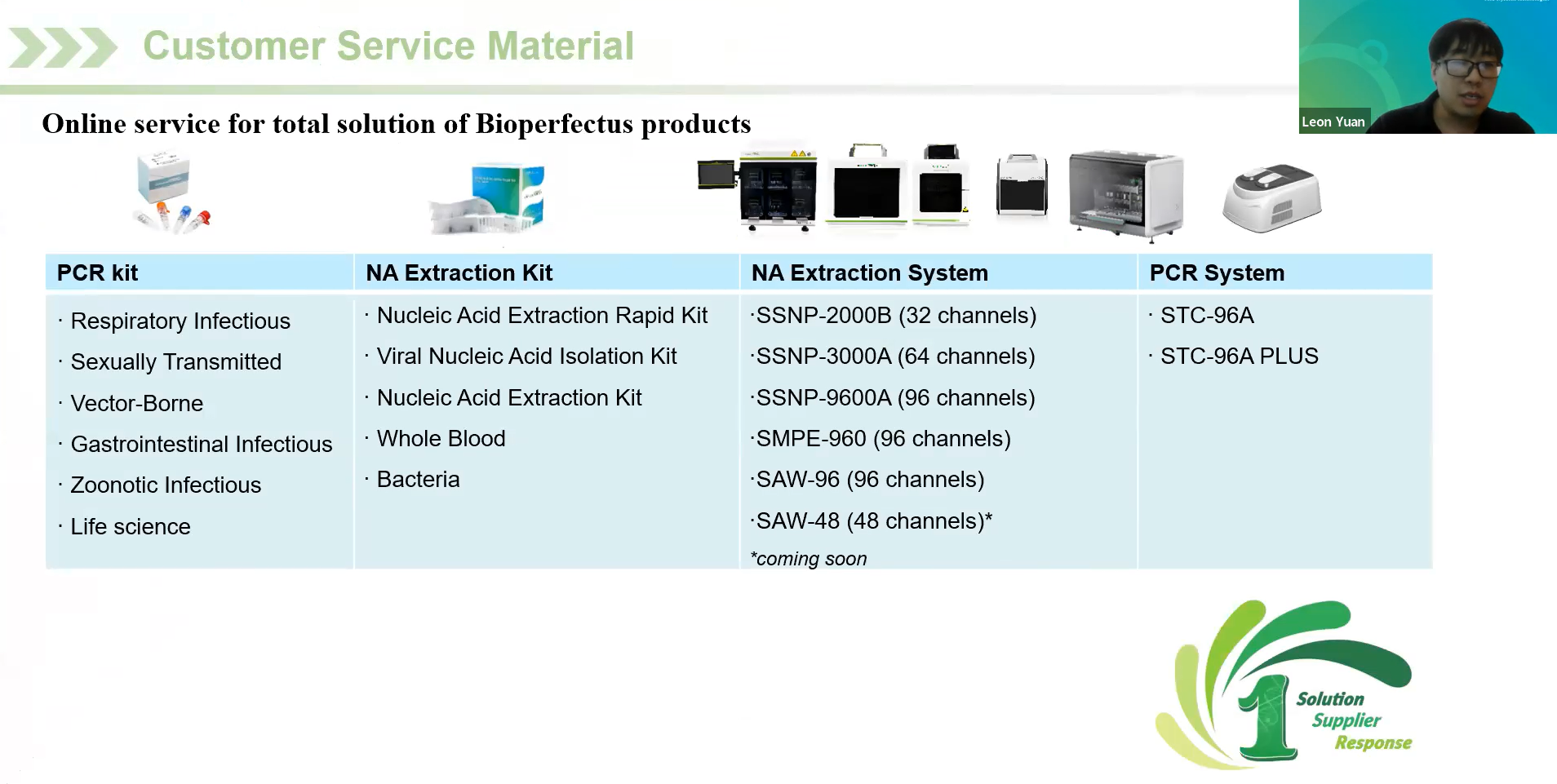 Your Problem, Our Solution 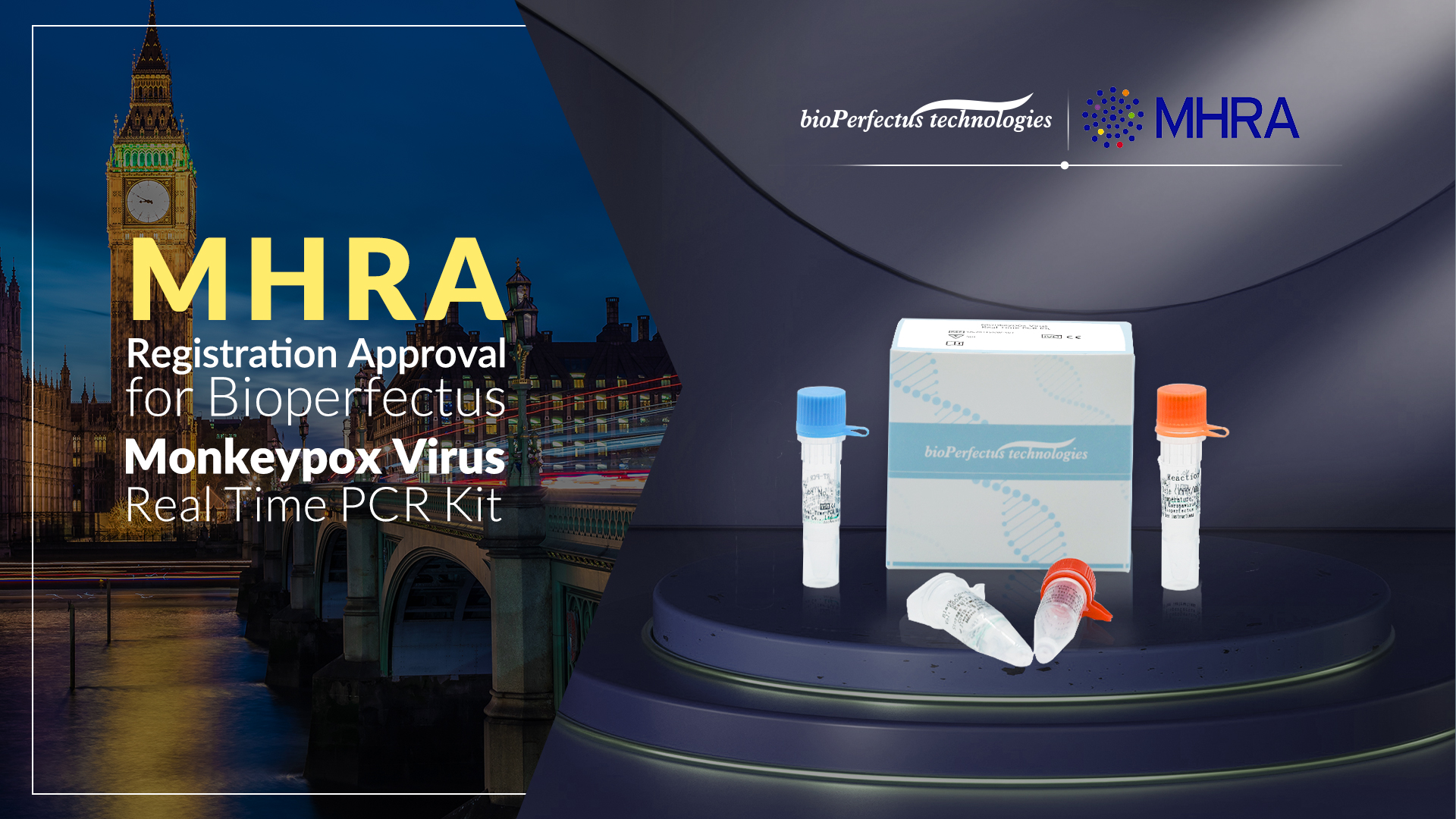 Jiangsu BioPerfectus Technologies Co., Ltd. (hereinafter referred to as “BioPerfectus”) is pleased to announce that Monkeypox Virus Real Time PCR Kit has been approved by the UK Medicines and Healthcare products Regulatory Agency (MHRA) and is now officially available for Great Britain and Northern Ireland market. 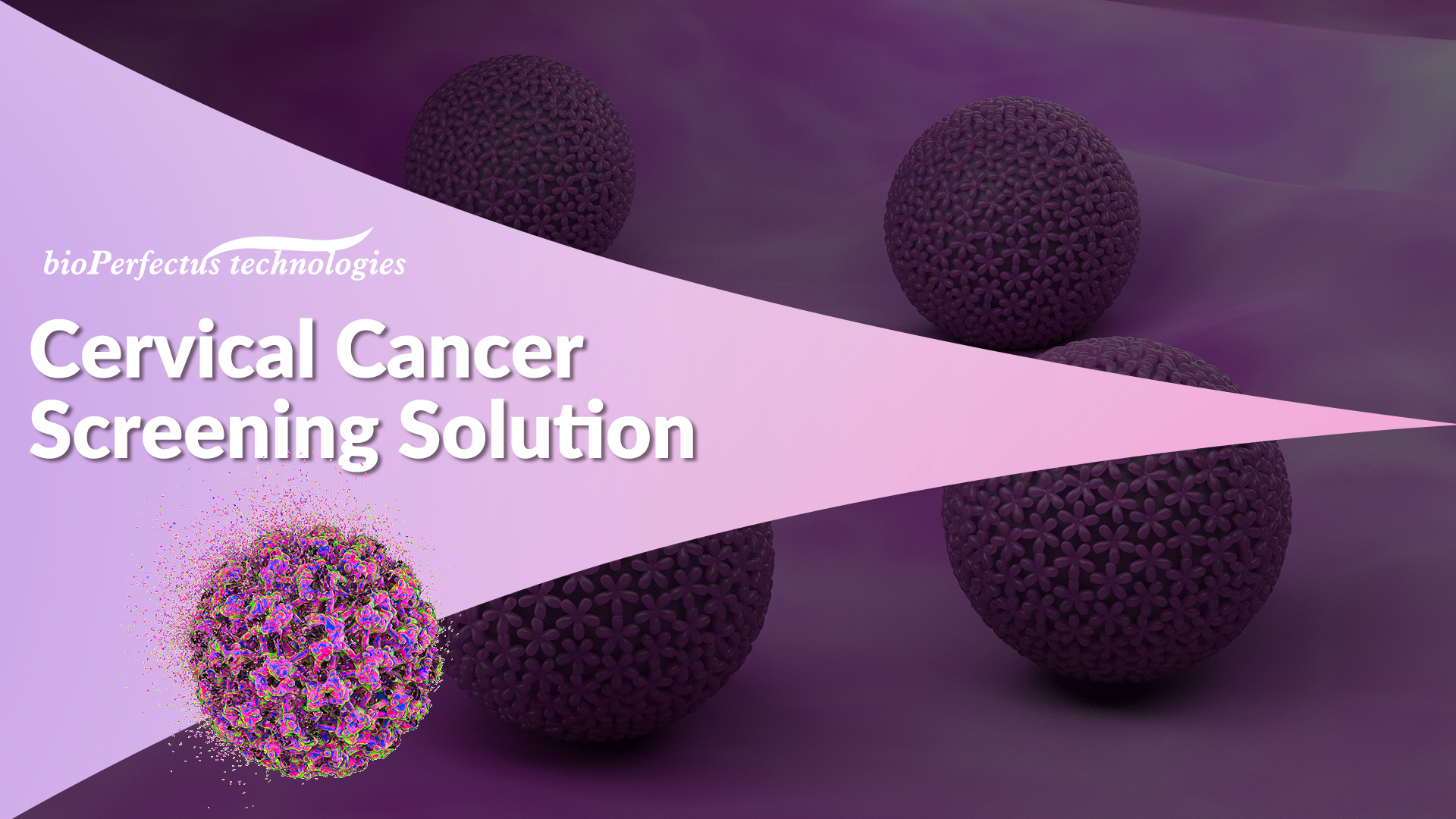 With over 600 thousand new cases and more than half that would lead to death each year, cervical cancer is listed as the fourth most frequent cancer among women worldwide.