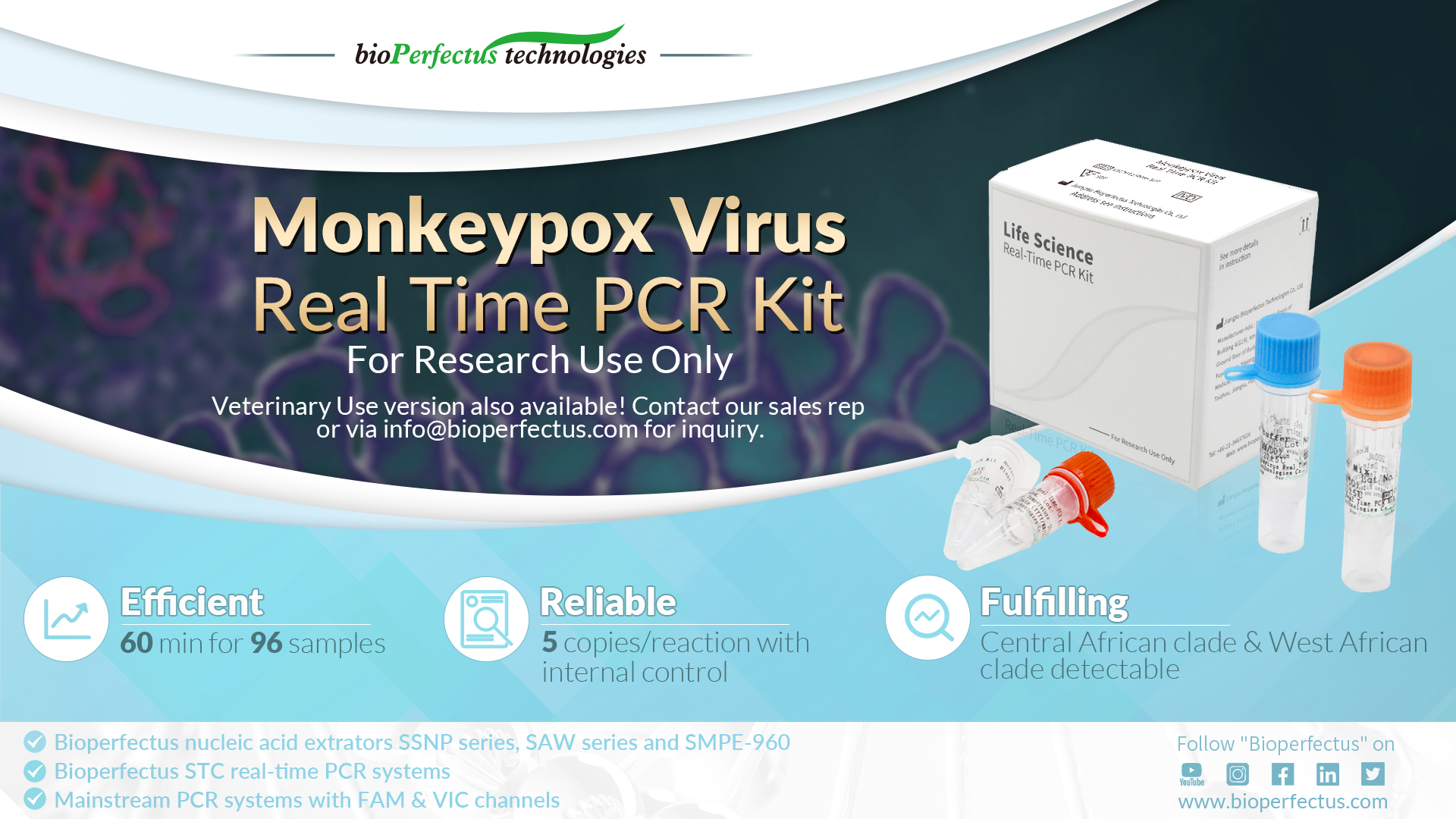 The recent ongoing monkeypox virus cases outbreak in nonendemic countries caused a series of concerns in public health. As a molecular diagnostic supplier, we are launching Monekypox Virus Real Time PCR Kit as a detection tool to combat the potential spread among people.

What is the monkeypox virus?

Monkeypox cases in people have occurred outside Africa linked to international travel or imported animals, including patients in the United States and Israel, Singapore, and the United Kingdom.

The natural reservoir of monkeypox remains unknown. However, African rodents and non-human primates (like monkeys) may harbor the virus and infect people.

How many countries have been infected? 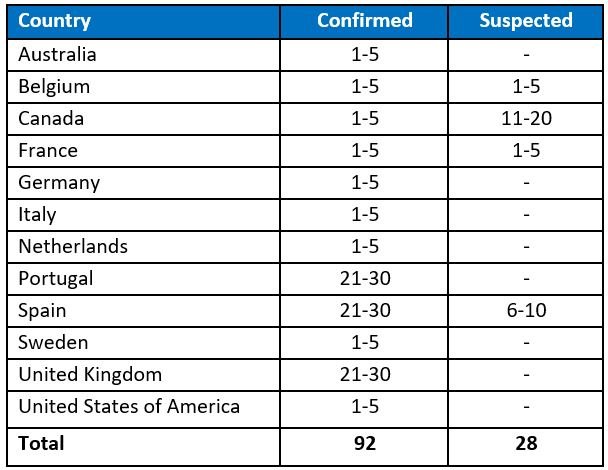 Figure 1. Geographical distribution of confirmed and suspected cases of monkeypox in non-endemic between 13 to 21 May 2022, as of 13:00. 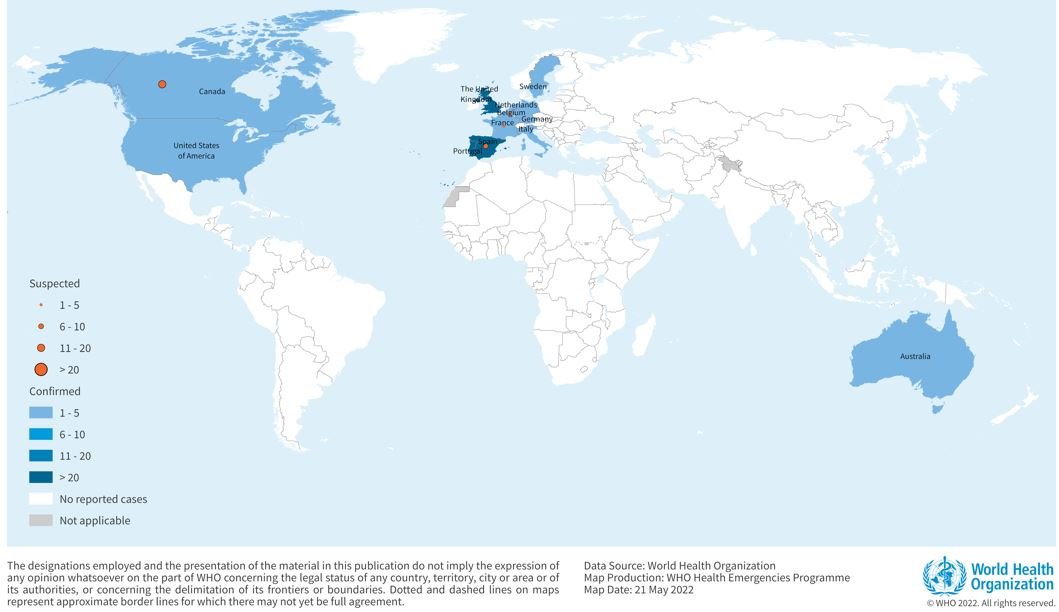 The unclear transmission in non-endemic countries among human

Reported cases thus far have no established travel links to an endemic area. Based on currently available information, cases have mainly but not exclusively been identified amongst men who have sex with men (MSM) seeking care in primary care and sexual health clinics.

To date, all cases whose samples were confirmed by PCR have been identified as being infected with the West African clade. Genome sequence from a swab sample from a confirmed case in Portugal indicated a close match of the monkeypox virus, causing the current outbreak to exported cases from Nigeria to the United Kingdom, Israel, and Singapore in 2018 and 2019.

The identification of confirmed and suspected cases of monkeypox with no direct travel links to an endemic area represents a highly unusual event. Surveillance in non-endemic regions has been limited but is now expanding. WHO expects that more cases in non-endemic areas will be reported. Available information suggests that human-to-human transmission occurs among people in close physical contact with symptomatic cases.

Transmission of monkeypox virus occurs when a person comes into contact with the virus from animals, humans, or materials contaminated with the virus. The virus enters the body through broken skin (even if not visible), respiratory tract, or mucous membranes (eyes, nose, or mouth). Laboratory tests that are used to diagnose monkeypox virus include detection of immunohistochemical testing, electron microscopy, real-time polymerase chain reaction (RT-PCR), and virus isolation.

As one of the leading in-vitro diagnostic suppliers, Bioperfectus is pleased to launch the Monkeypox Virus Real Time PCR Kit, which serves as a detection tool in the early confirmation stage of the monkeypox virus. Bioperfectus Monkeypox Virus Real Time PCR Kit is based on real-time PCR technology. Specific primers and probes are designed based on particular areas of the Monkeypox virus. In addition, the kit also contains a housekeeping gene (RNase P) as an internal control (IC) for specimen sampling and nucleic acid extraction. It will play an essential role in the subsequent investigation.

Bioperfectus will continue to update the diagnostic information on the monkeypox virus with further investigation. Based on the available period, the kit temporarily serves as an RUO (Research Use Only) product; we will update the information on registration progress in the coming days.

Note: Monkeypox endemic countries are Benin, Cameroon, the Central African Republic, the Democratic Republic of the Congo, Gabon, Ghana (identified in animals only), Côte d’Ivoire, Liberia, Nigeria, the Republic of the Congo, and Sierra Leone. Benin and South Sudan have documented importations in the past. Countries currently reporting cases of the West African clade are Cameroon and Nigeria. With this case definition, all countries except these four should report new cases of monkeypox as part of the current multi-country outbreak. 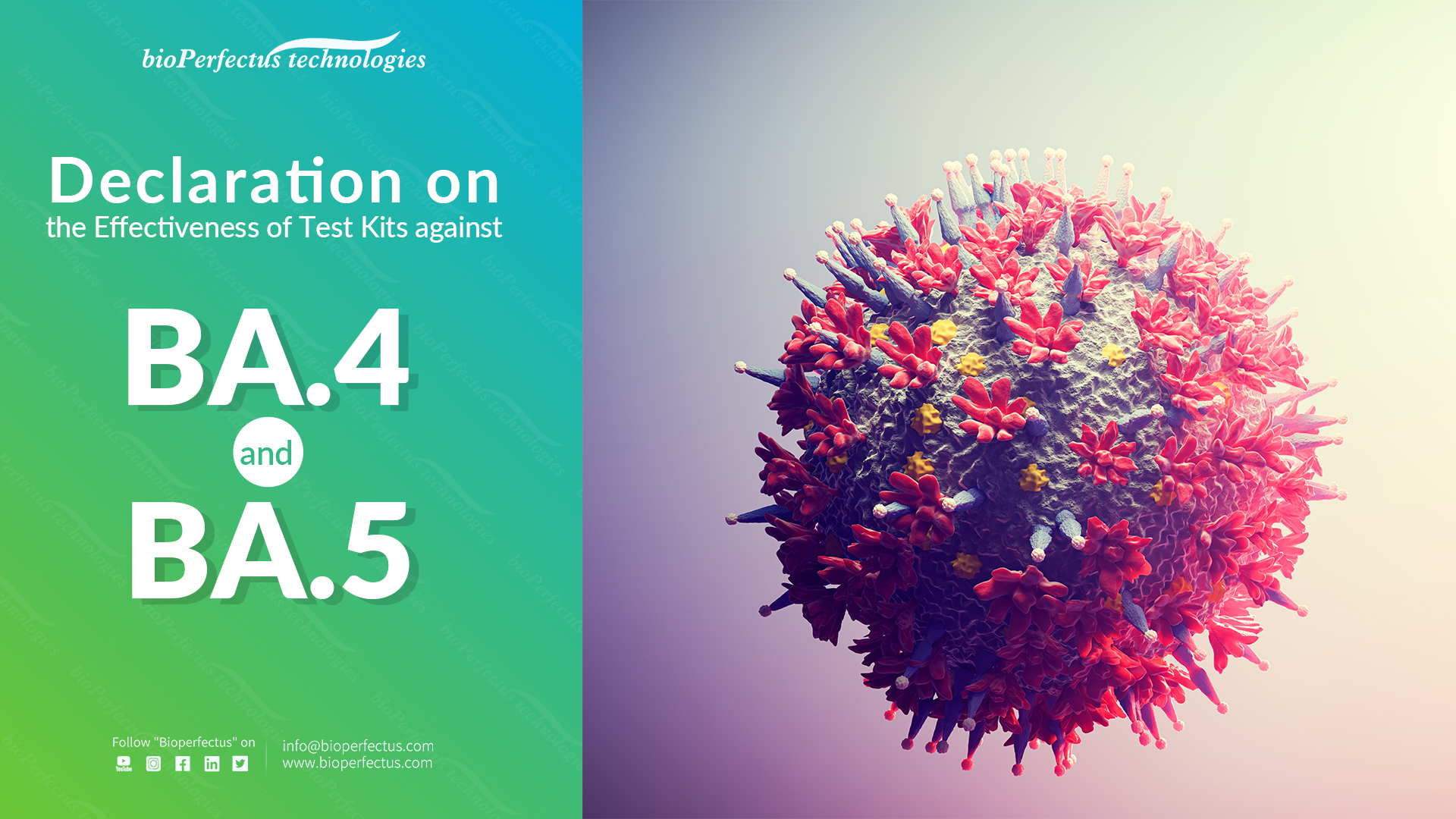 Declaration on the Effectiveness of Test Kits against BA.4 and BA.5 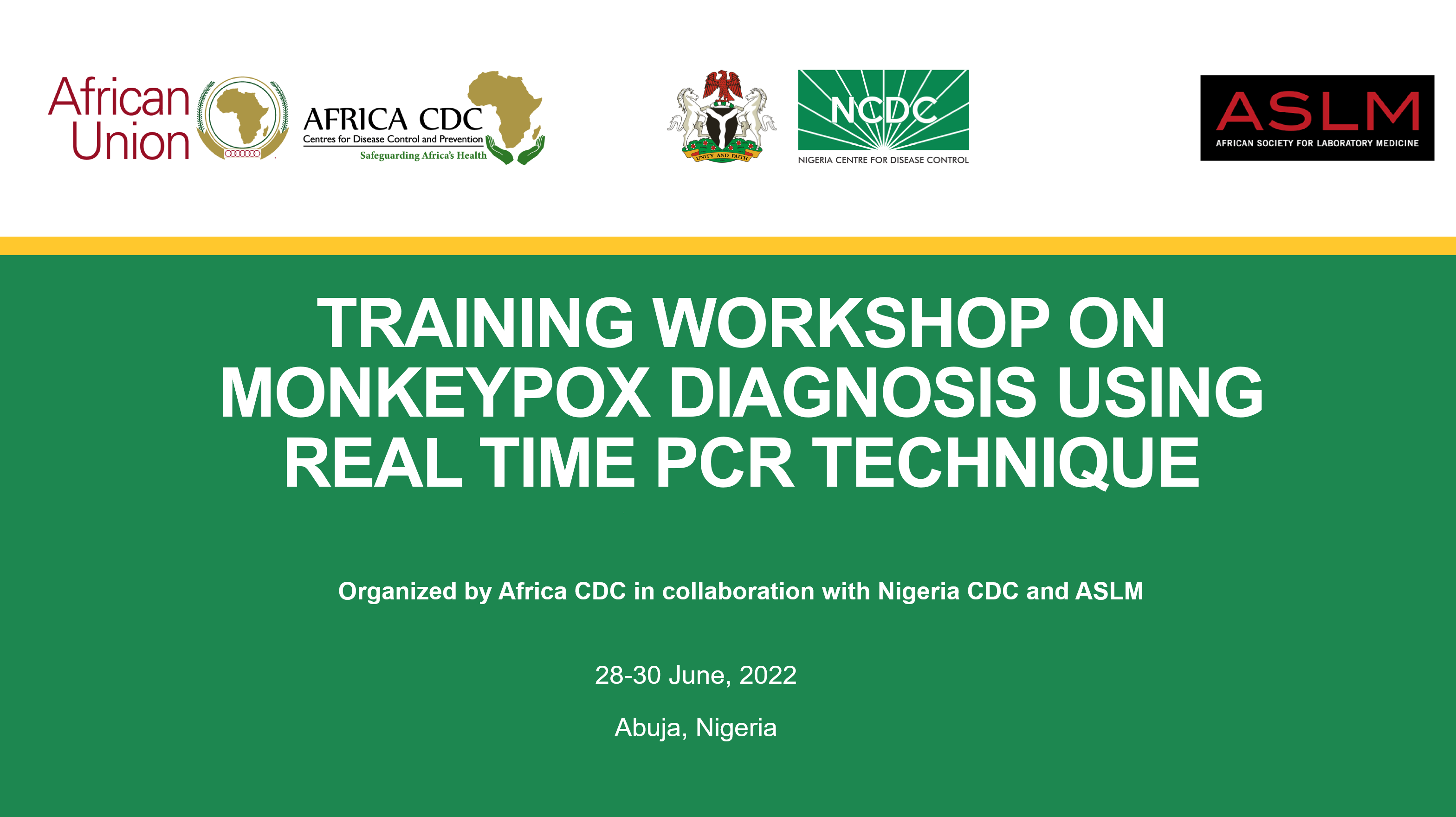 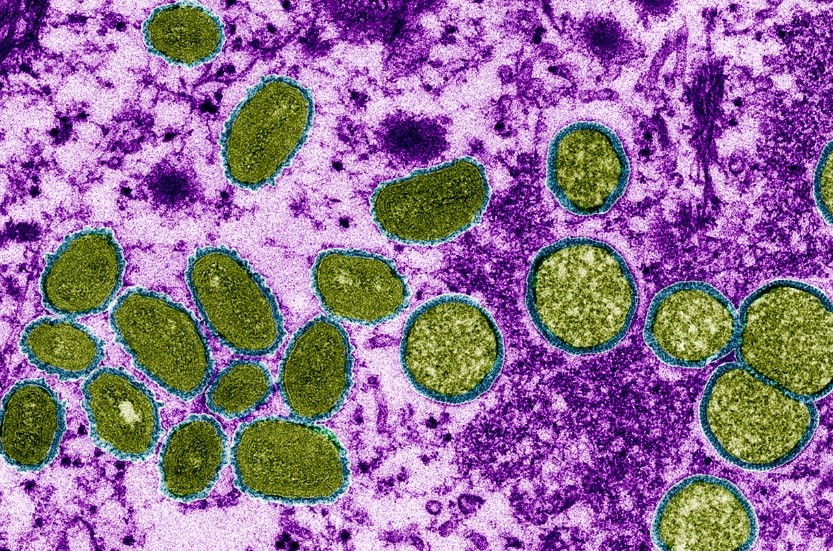 On 17 June, the WHO released its latest update on the Monkeypox outbreak situation. The sharp growth of confirmed cases during the last two months indicates increasing uncertainty of the endemic progress. Between 1 January and 15 June 2022, a cumulative total of 2103 laboratory confirmed cases, one probable case, and one death were laboratory-confirmed had reported to WHO from 42 countries in five WHO Regions. The majority of cases (98%) have been reported since May 2022. Most cases are recognized and reported from European countries, followed by the American region.

Today, we Bioperfectus are proud to announce that STC-96A and STC-96A PLUS Real-Time PCR Systems have been listed with the U.S. Food and Drug Administration (FDA) for IVD testing. With FDA registration, Bioperfectus Real-Time PCR Systems obtained access to PCR laboratories in the US. With stable performance and user-friendly design, STC-96A and STC-96A Plus will be great helpers for molecular laboratories to identify the virus and bacterial.