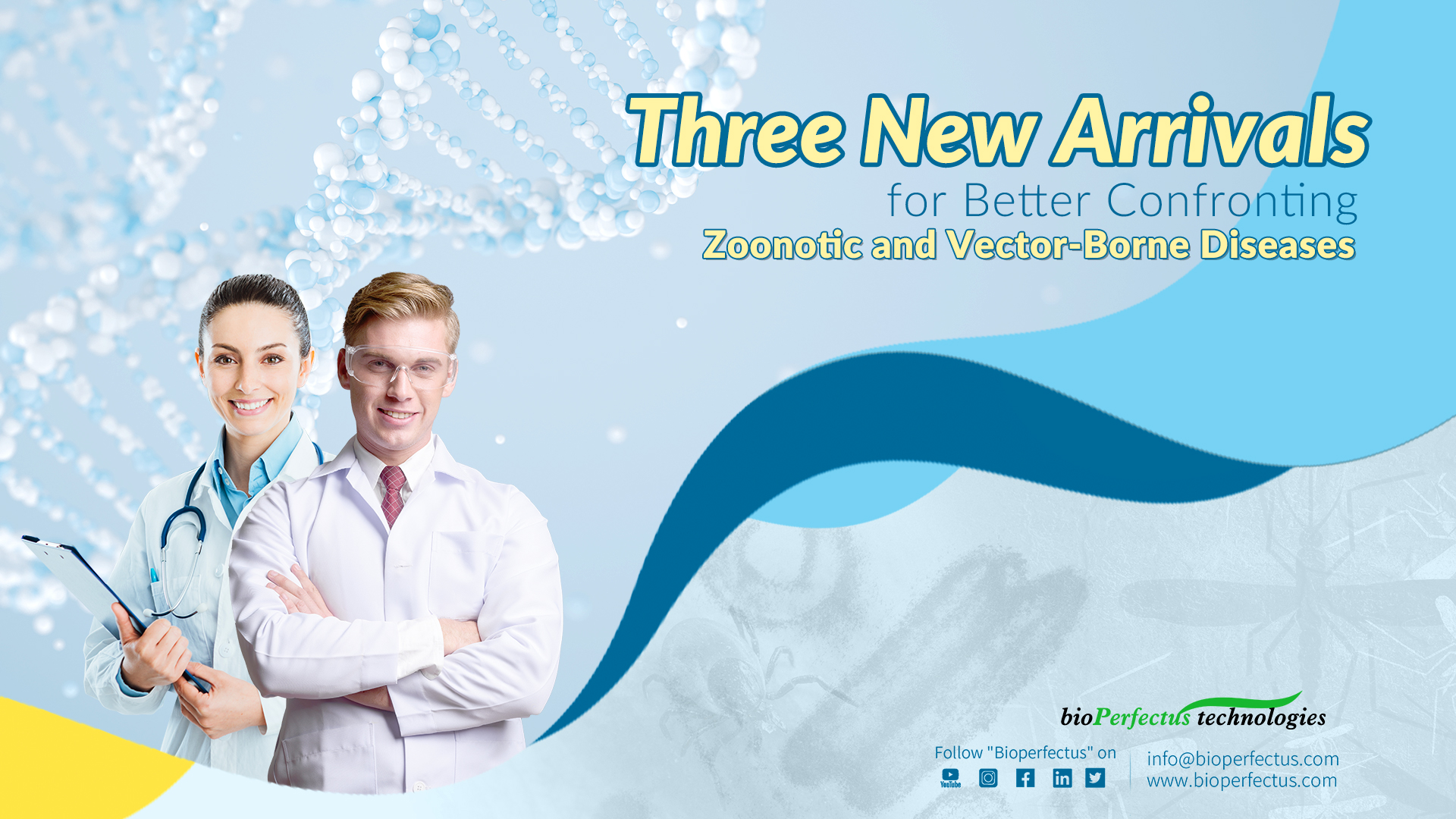 Zoonotic diseases are infections that humans catch from animals. They can be caused by viruses, bacteria, parasites, and fungi. People catch zoonotic diseases by coming in close contact with body fluids, such as blood, saliva, or waste, from infected animals. These diseases also reach people through foods such as unpasteurized milk, undercooked meat, and unwashed fruits and vegetables.

Vector-borne diseases could pass to humans through bites from mosquitoes, ticks, and fleas. Taking steps to prevent bites and reduce the local populations of these “vectors” is the best way to avoid these diseases. 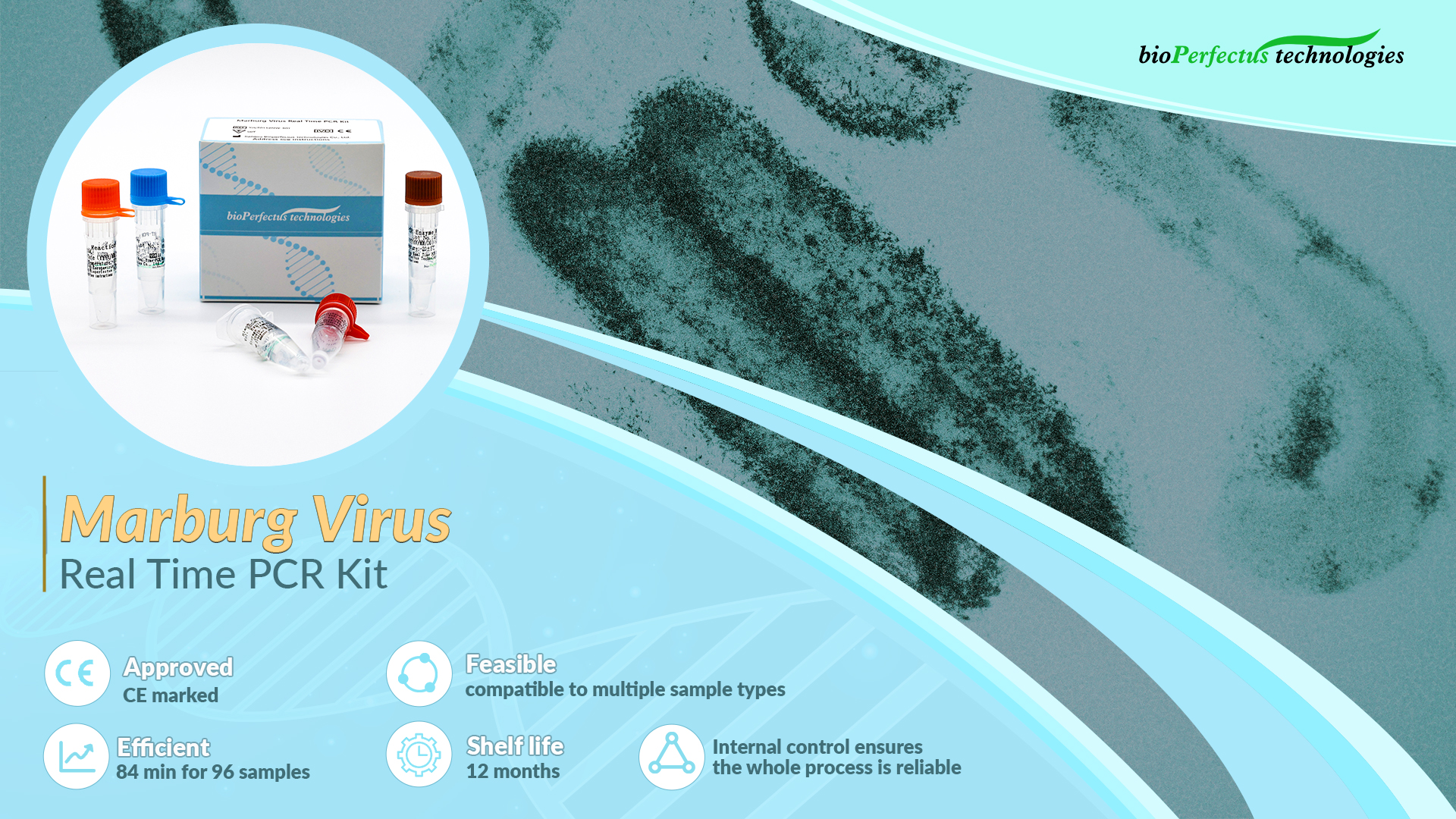 Marburg virus is a hemorrhagic fever virus of the Filoviridae family of viruses. The disease is a rare but severe hemorrhagic fever that affects both people and non-human primates with a fatality ratio of up to 88%.

First recognized in laboratories in Marburg and Frankfurt in Germany and in Belgrade, Serbia in 1967, Marburg virus outbreaks and sporadic cases have been reported in Angola, Democratic Republic of the Congo, Kenya, South Africa, and Uganda subsequently.

The incubation period for Marburg virus disease varies from 2 to 21 days. It has no obvious seasonality and can spread through human-to-human transmission via direct contact with the blood, secretions, organs, or other bodily fluids of infected people, and with surfaces and materials contaminated with these fluids. Symptoms may include fever, headache, abdominal pain, diarrhea, shock, hemorrhage, and multiple organ decompensation syndromes.

West Nile Virus (WNV) is a member of the flavivirus genus and belongs to the Japanese encephalitis antigenic complex of the family Flaviviridae. It is commonly found in Africa, Europe, the Middle East, North America, and West Asia.

WNV can cause neurological disease and death in people. Human infection is most often the result of bites from infected mosquitoes. Infection with WNV is either asymptomatic (no symptoms) in around 80% of infected people or can lead to West Nile fever or severe West Nile disease. About 20% of people who become infected with WNV will develop West Nile fever. Symptoms include fever, headache, tiredness, body aches, nausea, vomiting, occasionally rash (on the body's trunk), and swollen lymph glands. 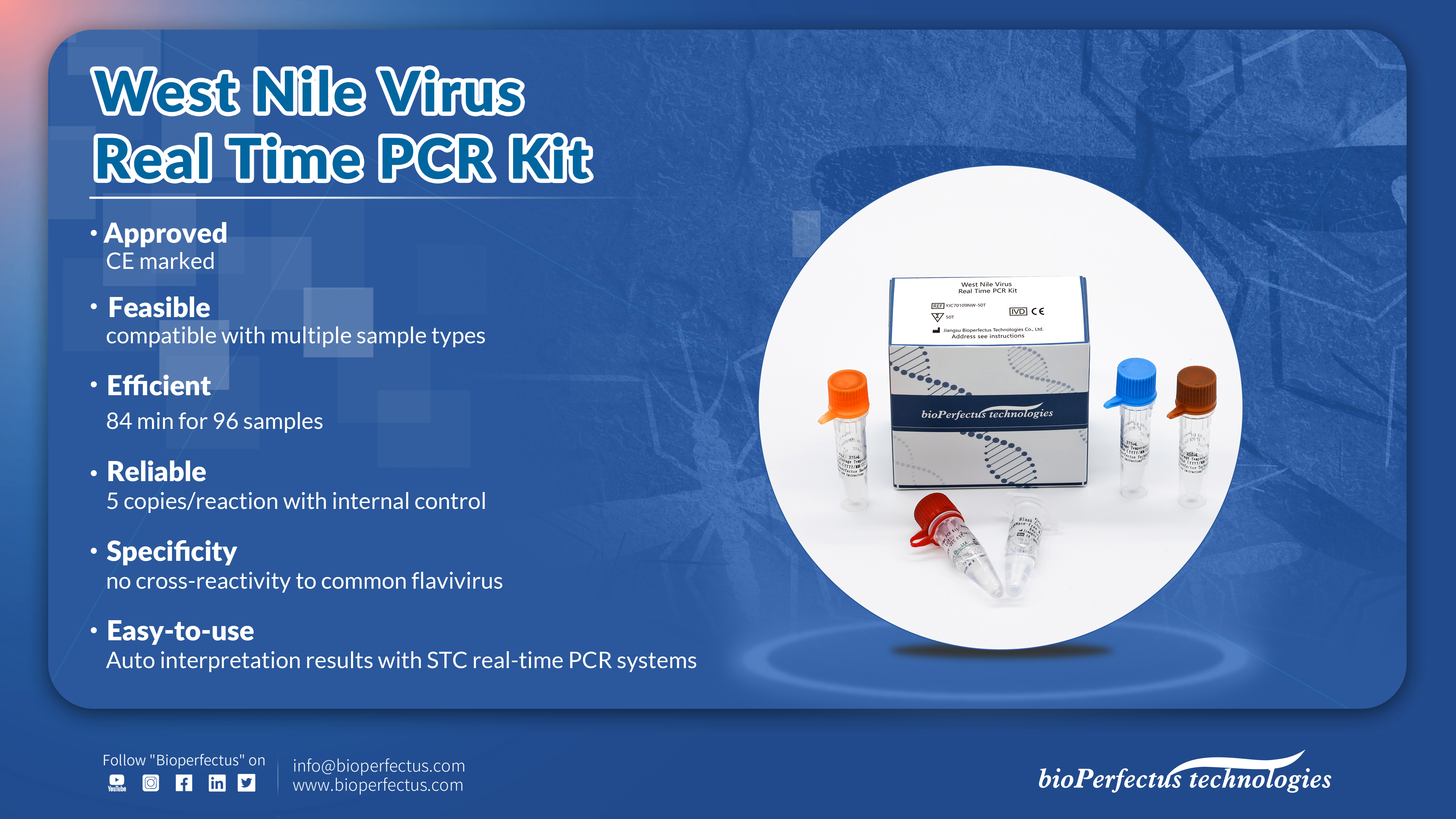 Crimean-Congo haemorrhagic fever (CCHF) is a widespread disease caused by a tick-borne virus (Nairovirus) of the Bunyaviridae family.

CCHF is endemic in Africa, the Balkans, the Middle East, and Asian countries south of the 50th parallel north – the geographical limit of the principal tick vector. The CCHF virus is transmitted to people either by tick bites or through contact with infected animal blood or tissues during and immediately after slaughter.

To date, the CCHF virus is considered to be one of the extremely lethal viruses with a case fatality rate of 10–40%. In severe cases, the patient had epistaxis, hematemesis, hematuria, proteinuria, and even shock. 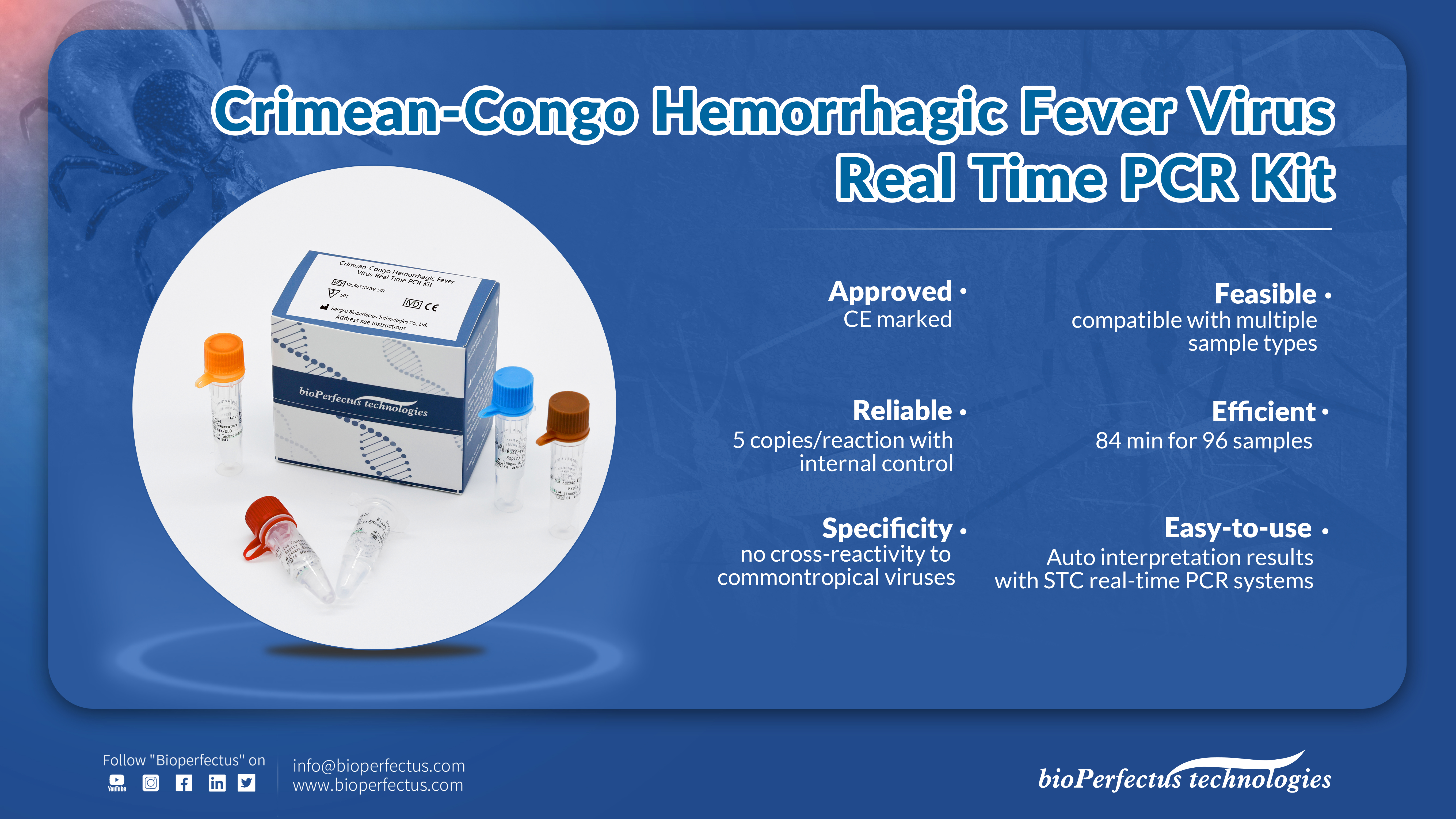 Dedicated to providing laboratories with comprehensive tests of zoonotic and vector-borne viruses, Bioperfectus provides the Total PCR Solution with instruments and kits. Pioneering in molecular diagnostic, Bioperfectus are always devoted to pursuing high quality, keep innovating, and striving to solve health problems faced by mankind for a healthier future. 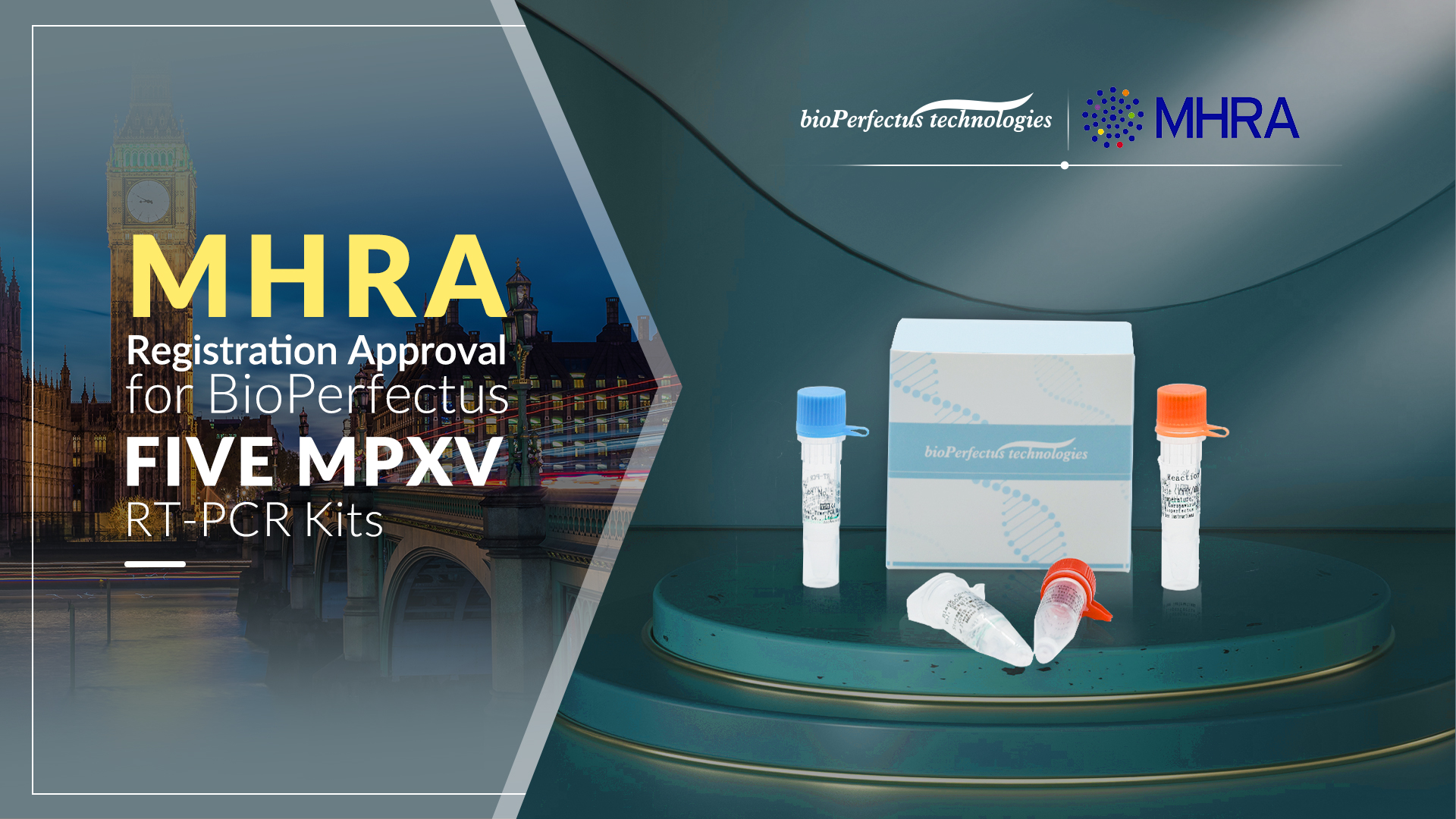 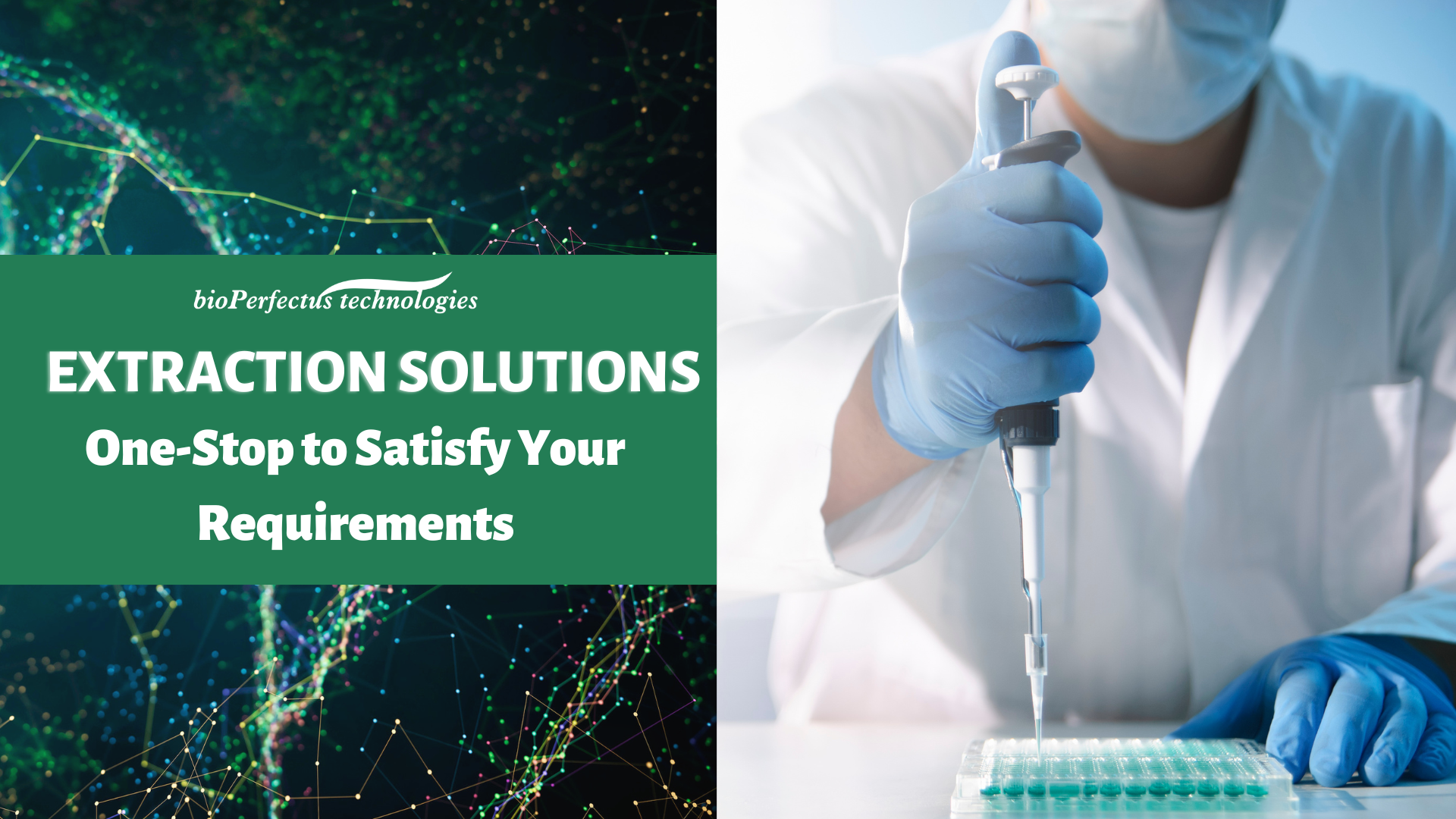 Nucleic acid extraction provides a foundation for many extensive research and applications (for example cloning, PCR analysis, and next-generation sequencing technology in the field of whole genome and transcriptome), and the obtained nucleic acid can be used in a variety of ways. Nucleic acid purification and quality assessment are important steps in experimental workflows, and the quality of nucleic acids can affect the performance in downstream reactions. 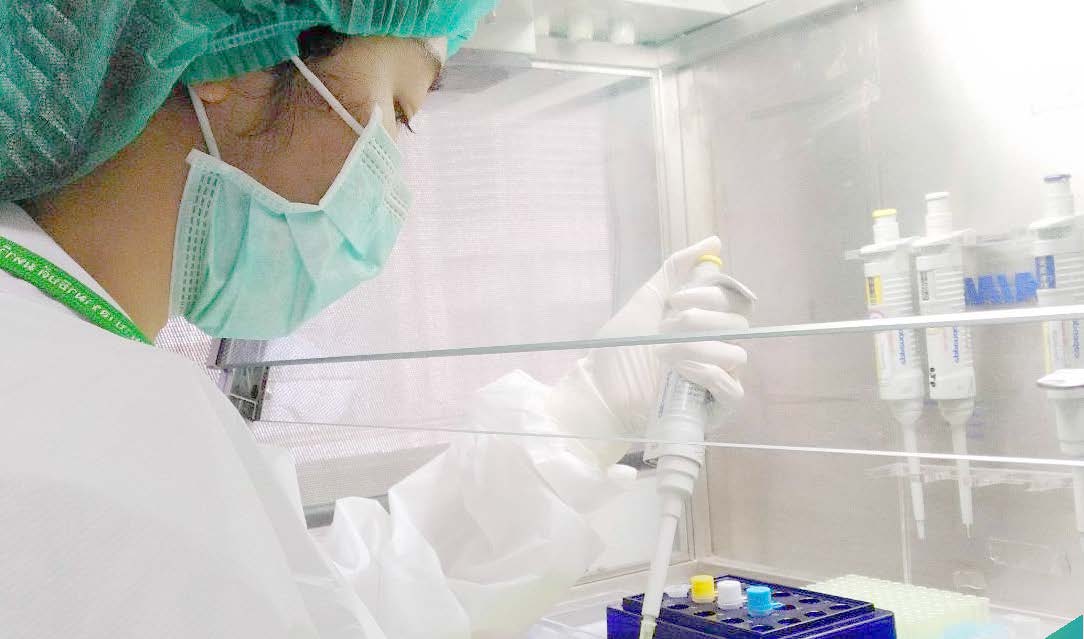 Infectious diseases spread rapidly, and individuals with viruses can spread the infection to many other people in their community. Bioperfectus is still in a race against time and a guardian of humankind. 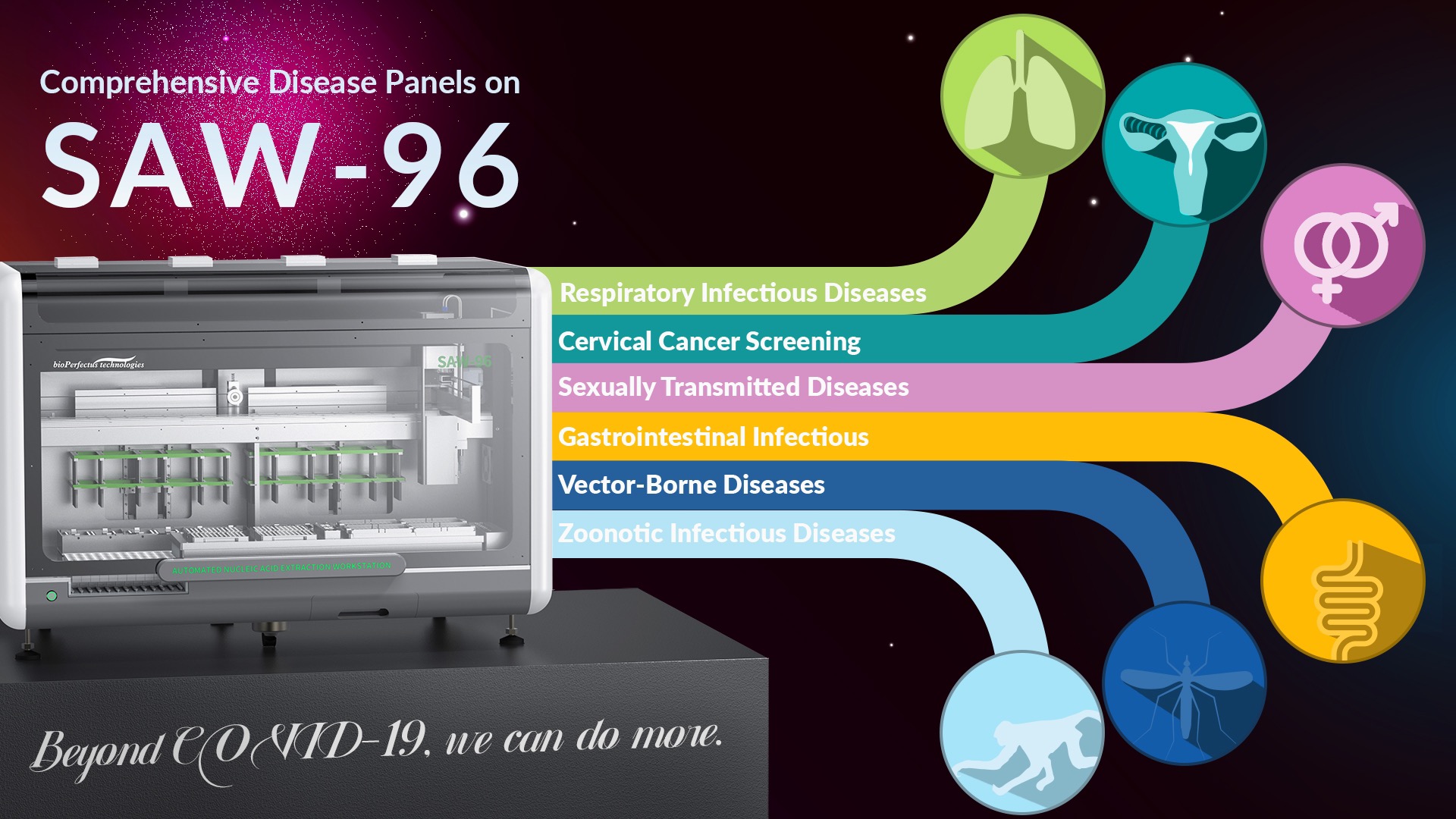 Nowadays, emerging infectious diseases significantly threaten global public health and socioeconomic security and will change how people live. COVID-19 is a notable example. There might also have an outbreak of Monkeypox based on the current situation. When a disease outbreak occurs, PCR would be a suitable way to accurately identify the pathogen and detect it in the early stage.